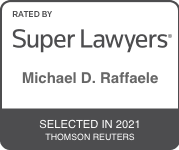 Michael is dedicated to vindicating the rights of children and families in matters of school discipline & truancy, juvenile delinquency, and criminal justice.  He collaborates with families to guide them through those difficult and often frightening processes.

Michael also understands that children with special educational needs and mental & behavioral health conditions are more frequently — and unjustly — caught up in the justice system.  He therefore works with families and children to ensure access to needed services and treatments before, during, and after juvenile and criminal proceedings.  Finally, Michael is knowledgeable about child mental health and substance dependency.  He represents families who undertake the challenging effort to secure appropriate treatment for children with such issues.

Immediately prior to joining Raffaele & Associates, Michael was the Associate General Counsel for Alfred I. duPont Hospital for Children.  Before that, he was an attorney with the Federal Community Defender Office for the Eastern District of Pennsylvania, where for six years he represented indigent persons accused of federal crimes at the trial and appellate levels.  Before the Federal Defenders, Michael was an associate with Pepper Hamilton, LLP.  His practice there included pharmaceutical products liability litigation, medical malpractice, and white collar criminal defense of health care workers and organizations.  And before joining Pepper, Michael was an associate in the commercial litigation group of the Washington, DC office of Akin Gump Strauss Hauer & Feld, LLP.

Michael is a graduate of the University of Pennsylvania Law School and Cornell.  He lives with his wife Kathleen, a management consultant with Gap International, Inc., and their three children in Swarthmore, Pennsylvania.  He is also a singer with two chourses: Ensemble Companio and the Bloom Consort.